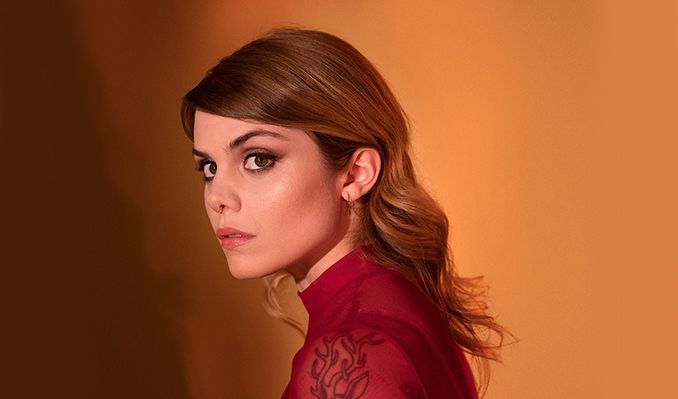 Ten years ago, Béatrice Martin became known to the world as Coeur de pirate.
Over the past decade, she has sold over a million albums, in addition to reaching
1.3 million fans on Facebook and 100 000 followers on Twitter and Instagram. On
streaming platforms, 3 million fans listen to her albums on repeat.
Released in September 2008, her self-titled debut went platinum in Canada and
diamond in France. Blonde (2011), her more pop-oriented sophomore release,
also went platinum in Canada and in France. The album earned Béatrice the
Félix awards for Pop Album of the Year and for Female Performer of the Year in
2012. Roses (2015) reached gold status in Canada and in France, with over
200 000 copies sold. In 2016, Roses also earned Béatrice the Félix award for
English-Language Album of the Year and a Juno nomination for the Fan Choice
award.
When Coeur de pirate’s journey with Roses came to a close, a sense of creative
urgency set in. As a result, En cas de tempête, ce jardin sera fermé took form in
only three months, just in time to celebrate the tenth anniversary of the artist’s
career.

Official WebsiteFacebookTwitter
*Service and handling fees are added to the price of each ticket.