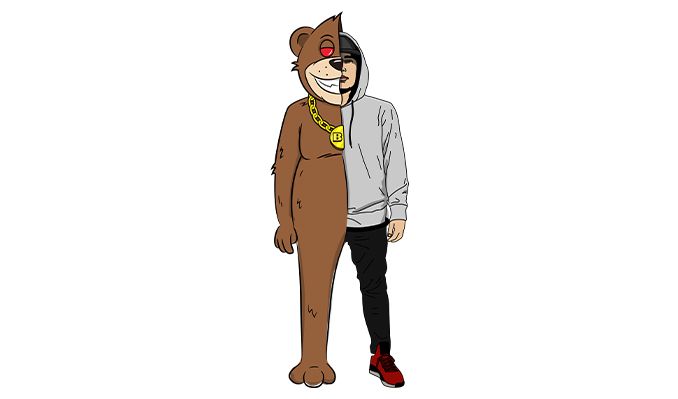 Bear Grillz' meteoric rise into the Pantheon of bass music legends was predicated on a philosophy of love for the scene and the necessity of always grinding as hard as you can. This philosophy netted him multiple Beatport #1's including his massive collaboration Getter, "EDM".  2016 was also a time of artistic transformation. At the start of the year, the as-yet-unidentified Bear Grillz revealed his true identity on the Jerry Springer show. Two million viewers and fans watched with amazement as he removed his iconic Bear Grillz helmet on camera. But by this time, Bear Grillz was already a global bass music brand, selling out shows in North America, South America, Australia and Europe.

His notoriety only increased, and 2016 saw him booked for 12 international festivals while touring as support for Excision on his Paradox Tour. 2017 continued to show promise  to be an even better, more successful year for Bear Grillz. A collection of tracks dropped over the course of 2017, with talent straight from the rosters of Bass Music royalty, with two headlining bus tours that solidified him in the dubstep scene as an act to see…

In 2018 the Denver based DJ has already released two monster records and has been announced on major shows all the country and some of the industries largest bass festivals.

The name Bear Grillz has always been synonymous with face-melting, neck-breaking bass music, and his shows are always one mosh pit away from a prison riot. Don't sleep on him--you'll be seeing a lot more of him at a show near you

YouTubeMore InfoFacebookTwitter
*Service and handling fees are added to the price of each ticket.